Does anyone else hear listen to them? I started listening to them a few years ago, and I loooove them, especially their CD "Transatlanticism." Some of their songs tend to be a bit sad, but they're not "emo" and they're written so beautifully. My favorites are "Title and Registration" and "Tiny Vessels."

i started listening to them when their "something about airplanes" cd came out. and it's funny cause I used to get, "oh my god.. you LIKE THEM? hahaa" and made fun of..;. then years later they got more popular and then he started the postal service and now everyone likes em! but that's a good thing for them. he's a good musician.

i am somewhat ambiviant towards the group, but i have nothing but love for thier latest album, plans, which was released last year.

I love them & the postal service!!

I love Postal Service but I don't really like Death Cab...Dntel is pretty good on their own too

I'm a die-hard Death Cab fan! Ben Gibbard is a lyrical genius and his voice is so expressive. I own almost all of their albums. Two favorites are Transatlanticism and We Have the Facts and We're Voting Yes.

Procrastinator, you should def. check out We Have the Facts... as well as The Photo Album . Both are amazing albums.

My boyfriend (who is also a huge fan & lives in their hometown Seattle) and I have discussed this in depth... Some people who previously liked them don't anymore because they are so popular now (played on the O.C.). Personally, I think that is just musical elitism. If they're good, they're good! In fact, if you listen to their most recent album Plans (their first release on a major corporate label), it is clear that they are staying true to their roots. If anything, they're the "exception" to the selling-out theory. 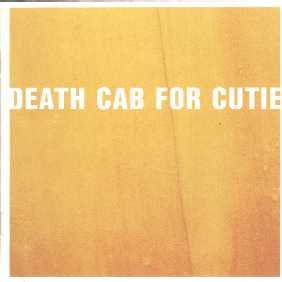 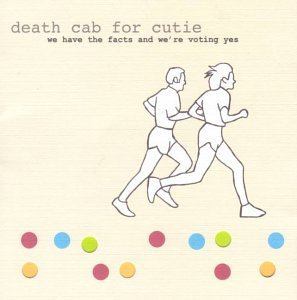