I recieved this in a MUA swap wanted to know if it is real or not. It is from a new swapper. When i first saw it i thought this looks nothing like newly minted. I see that it says that is made in italy and not canada like my other shadows. It also say Matte2 on the front of the box as opposed to eyeshadow like my other boxes. Also the sticker on the bottom does not have the batch date just a barcode. Any help will be great. thanks 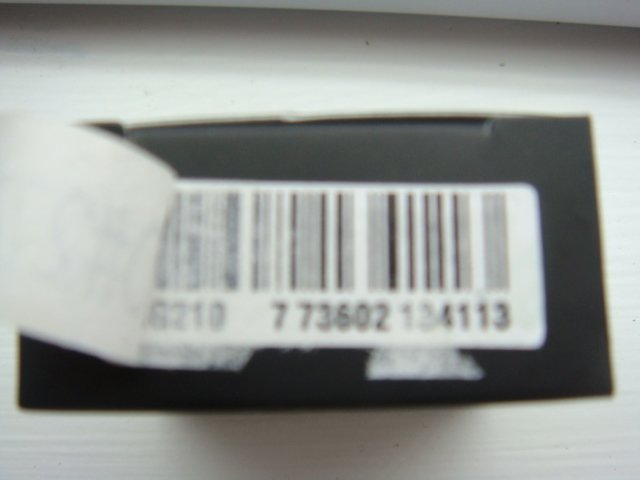 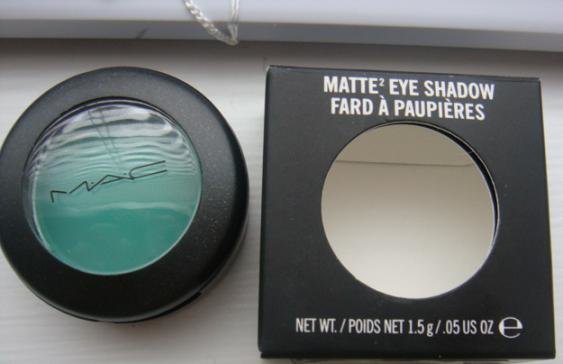 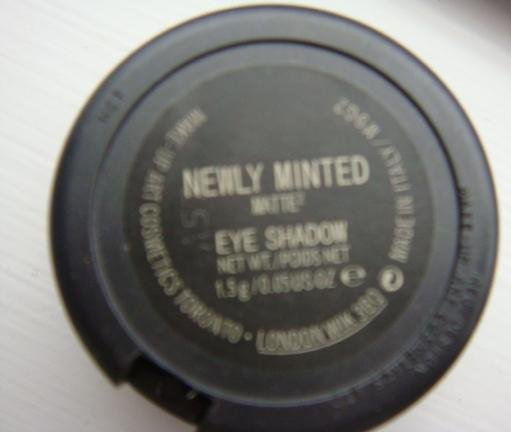 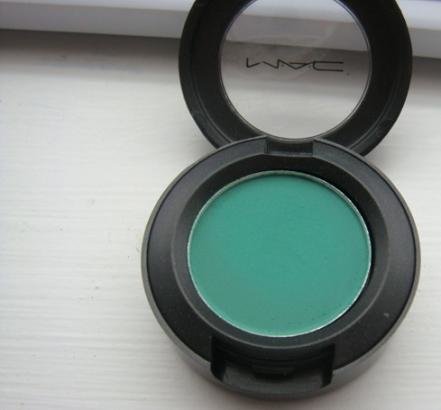 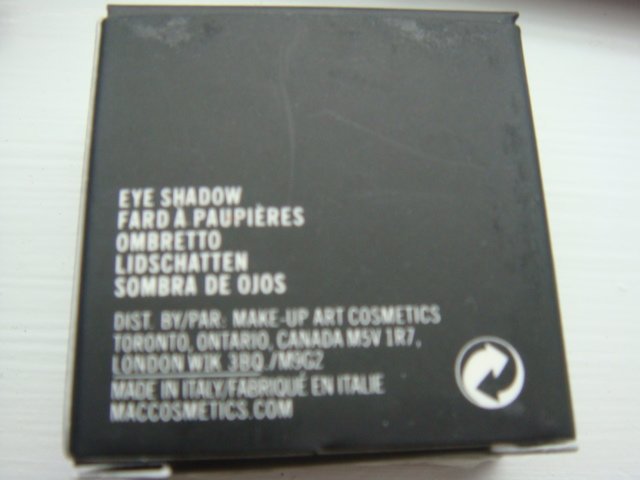 It looks authentic to me, however i would like to know what others think.

It would help if the picture of the barcode sticker and the round sticker on the bottom of the eyeshadow would be sharp.

It looks suspicious but without sharp pictures it's a bit difficult to tell.

Here are some clearer pics. The PO sticker was on top of the barcode sticker, not sure why. 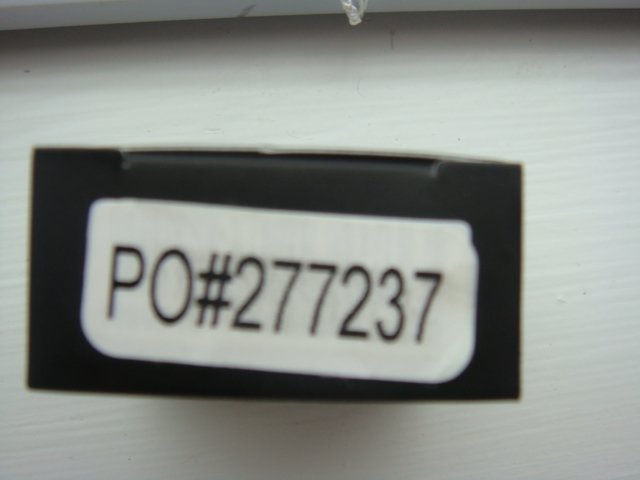 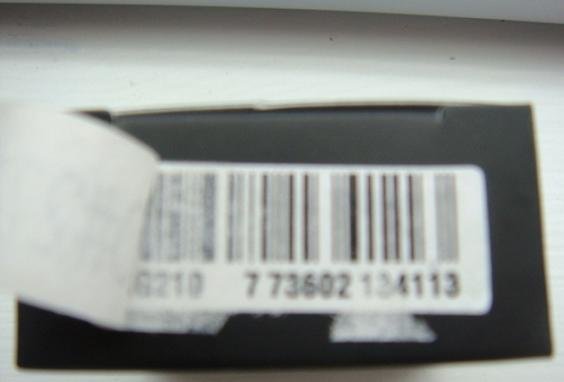 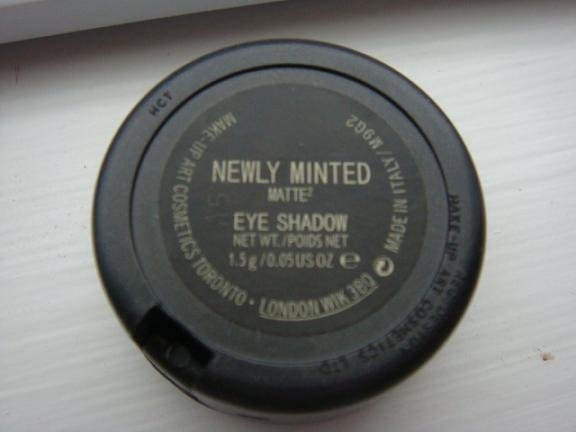 I depot most of mine ...But I do have a couple that I just recently purchased and One says Made in the U.S.A. Smoke & Diamonds and all the rest say Made in Canada so I am not sure ...

Thank you for the new pics! I am unsure about the sticker on the bottom of the eyeshadow. A sharp picture of the barcode sticker would help.

I just checked one of my Matte2 shadows, and it says made in Italy. It was purchased from a CCO, so I know it's authentic. This looks authentic to me, but if you're really want to be certain, you'll have to depot it. If the pan is flat on the bottom, then it's authentic.

When I purchased a few MAC eye shadows from Costco they had the same sticker on the bottom. I am pretty sure that the shadow is authentic.

Panda said that this is no longer a sign that it's authentic.

Poo! They're gettin' craftier. Well at any rate...I think this is an authentic shadow.

The PO# sticker may be for the Sellers notes....Some stores and even sellers put their own barcode or stickers on top of the original....Even the CCO puts another sticker on their items...The original Barcode is the one that should be correct however

I have initmated a few times before about updated fakes and the NEW updates fakes have smooth pans. I know this because I got two of them - and they were BOTH Newly Minted!! I got a REAL Newly Minted direct from an EL store and compared all 3 - no question that the first two were fakes!!

I also happen to think this shadow is a fake.... its identical in every way including base pot sticker as my two fakes were. Crappy scratched up box as well.

Because I'm equally as sure that the Costco eyeshadows are fakes

How do you tell that this shadow is a fake? I'm curious, and want to learn how to be able to spot the really good fakes too.

As I said before, I bought a real one - depotted and dismantled the ENTIRE thing and compared. All 3 were "presumably" from the same batch. On comparison the two bay ones were different to my MAC bought one and the two ebay ones were inferior quality. Having said that it wasnt until I had the store bought one beside them that I knew for sure it was a fake - these are pretty good copies actually. However, on compariosn and close inspection the pots were substandard moulding and even the aluminium pan was substandard in quality and thickness - the fakes pans are easier to bend, and thats because they arent as strong and have much thinner walls and base. They also scratch fairly easily - but if you were just looking for the pan to be flat then you would probably overlook all those flaws.

The colour is also different - but it IS close sp I could see how people missed that, its very close actually. The texture IS different though, the fakes are softer and ironically enough have BETTER payoff than the real one did.

The pot is easily enough overlooked unless you look carefully at specific markers - which I wont be posting here - but if you saw the comparison pics I took of them then you would know in a hearbeat both the ebay shadows ARE fakes. These are also the SAME shadows that were doing the Costco rounds so if you bought your e/s at Costco I suggest you consider discarding it.
You must log in or register to reply here.
Share:
Facebook Twitter Reddit Pinterest Tumblr WhatsApp Email Share Link